The Paleo diet, also known as the “Caveman Diet”, is an eating plan that emphasizes foods similar to what might have been eaten during the Paleolithic era. Foods include vegetables, fruit, meat (including game meat), seafood, roots, and nuts. There are guidelines as to what is included/excluded from the diet. The diet is based on avoiding not only modern processed foods but also the foods that humans began eating after the Neolithic Revolution. The scientific literature generally uses the term “Paleolithic nutrition”, rather than “paleo diet”.

The Paleolithic or Stone Age was a period in human history distinguished by the development of stone tools and covers roughly 99% of human technological prehistory.

What Do You Think About The Paleo Diet? 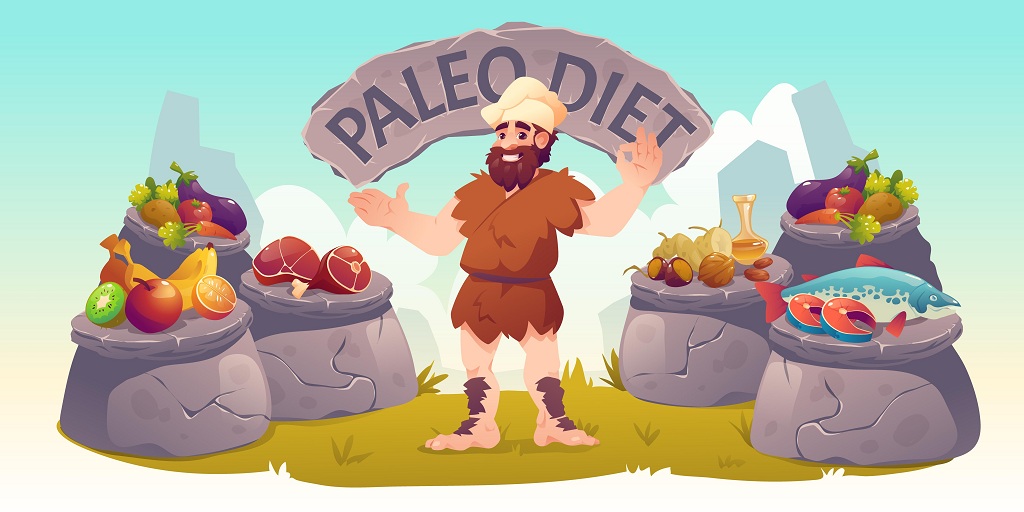 The rationale for the Paleolithic diet derives from proponents’ claims relating to evolutionary medicine. Advocates of the diet mistakenly attribute certain conditions, such as coronary heart disease, obesity, and diabetes, to “mismatch” between modern Western diets and the genetically determined characteristics of Paleolithic humans. Some advocates make other claims for the paleo diet, such as the assertion that it poses no health risks, despite supporting evidence being anecdotal or generally weak.

The diet is based on avoiding not only modern processed foods but also the foods that humans began eating after the Neolithic Revolution. This includes dairy products, grains and legumes for some people, honey, and potatoes. They avoid what they believe is an error made by early nutritionists of giving priority to the protein component in food rather than considering fat as a source of energy. Advocates point out that there is no conclusive evidence that high levels of protein from modern sources is harmful or detrimental to health, and view the large amounts of carbohydrates as unhealthful simply because they spike insulin which can lower blood sugar and reduce the body’s ability to burn fat.

Empirical studies based on data gathered during the Paleolithic era through contemporary hunter-gatherers indicate that humans evolved consuming high amounts of protein and low levels of carbohydrates (CHO).

Although scientific evidence is lacking for certain aspects of the Paleolithic diet, some research suggests that individuals eating a hunter-gatherer type diet have better metabolic health than those on Western diets. Many studies linking Paleolithic nutrition to health benefits show similar benefits in the Mediterranean diet as those found in the Paleolithic food groups.

In 2009, a small randomized controlled trial of the Paleo Diet showed no significant difference from a low-fat diet on risk factors for cardiovascular disease, but only one patient dropped out of the study and little evidence exists that any change in weight loss and/or metabolic risk was sustained beyond six months due to the study design.

In 2010, a multi-center randomized controlled trial based in South Africa showed that implementation of the paleolithic diet and lifestyle recommended by Boyd Eaton and Melvin Konner—which includes whole grains, fruits, vegetables, lean meats and fish, eggs, and nuts —resulted in significant improvement of cardiovascular risk factors among participants with metabolic syndrome.

A 2009 review found that existing limited evidence suggests that the paleo diet may help prevent osteoporosis and cardiovascular disease, but there is not enough evidence yet to recommend it for either of these problems. 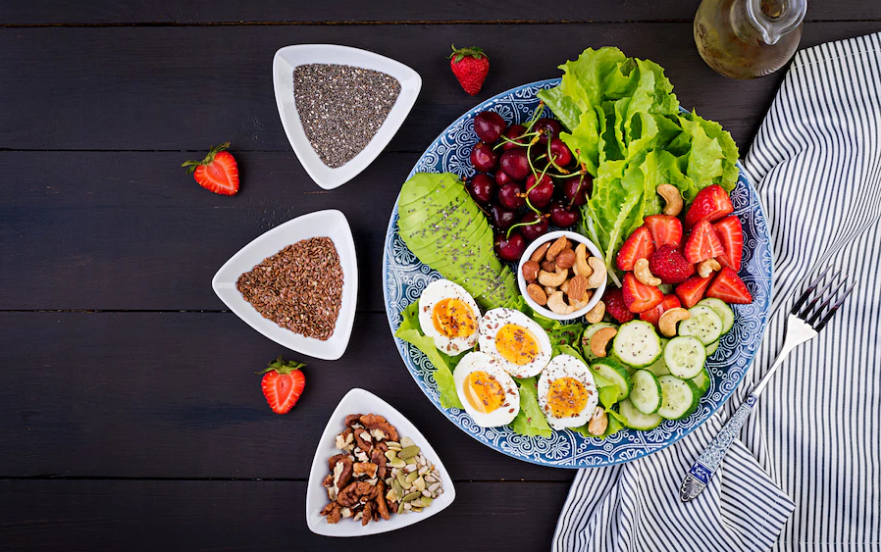 The one randomized trial to examine the effects of the paleo diet on managing asthma symptoms was unable to show improvements.

The Paleolithic diet has been known and used for millennia throughout the world and is believed to be the prototype lower-carbohydrate diet by which all other diets are based. Many studies have found that it is an effective treatment for diabetes, metabolic syndrome, obesity, and epilepsy.

After a two-year period, those on the paleo diet saw a significant decrease in their weight and body mass index as compared with those on the Mediterranean diet. A 2010 study published in “Archives of Internal Medicine” concluded that after one year of following either a very low carbohydrate or a high-fat diet could result in greater weight loss in the short term than a program of healthy eating recommended by the ADA, but at two years or more results are no different.

A 2014 review suggests that paleo diets are “rarely consistent with contemporary knowledge about human nutritional needs”, given that it has been estimated that an adult male needs about.

Maintaining a healthy weight becomes more difficult if one is not getting enough protein. Higher rates of obesity tend to correlate with the degree to which meats, fish, and poultry are trimmed and cooked without grease (grilling, broiling, pan-frying, and roasting). As lean meats are low in and essential fatty acids, the paleo diet necessitates higher fat intakes to provide enough calories.

A 2007 study on an Australian aborigine population indicated that at least some individuals were well adapted physiologically to a zero carbohydrate environment.

A 2010 study showed that individuals on a paleo diet had lower levels of C-reactive protein, indicating reduced levels of chronic inflammation.

Paleolithic nutrition is based on the premise that modern humans are genetically adapted to the diet of their Paleolithic ancestors and therefore may thrive healthily as hunter-gatherers. A meta-analysis of medical studies concluded that the prevalence of most diet-related diseases is lower in hunter-gatherer populations than in agricultural societies, and quoted “a widely held view among archaeologists…that at least some modern humans are not adapted to a high carbohydrate diet.”